1-on-1 with GUY KAWASAKI

Being a loyal Mac user since the very early days of Apple and now the Founder of DAD.CEO, getting the chance to interview the legendary Guy Kawasaki was a chance I could not pass up! While many would want to ask him about his vision for the future of tech, I felt it more intriguing in getting to know Guy personally and how he manages to balance his incredibly busy schedule while staying grounded as a dedicated husband and father to 4 kids.

SCROLL DOWN FOR FULL INTERVIEW WITH PICTURES

DAD.CEO: What top 3 lessons did your father teach you that you feel are still relevant in today’s digitally connected world?

Guy Kawasaki: My father taught me the concept of “noblesse oblige” that is those who are fortunate have a moral responsibility to help people who are less fortunate. That was hammered into me from day one, very early in my life. I can’t say I have always personified that, but I have always been very cognizant of that. That’s actually numbers 1, 2, and 3. I mean if you get that one right then it's case closed.

DAD.CEO: What is your favorite activity with your kids that would surprise us? 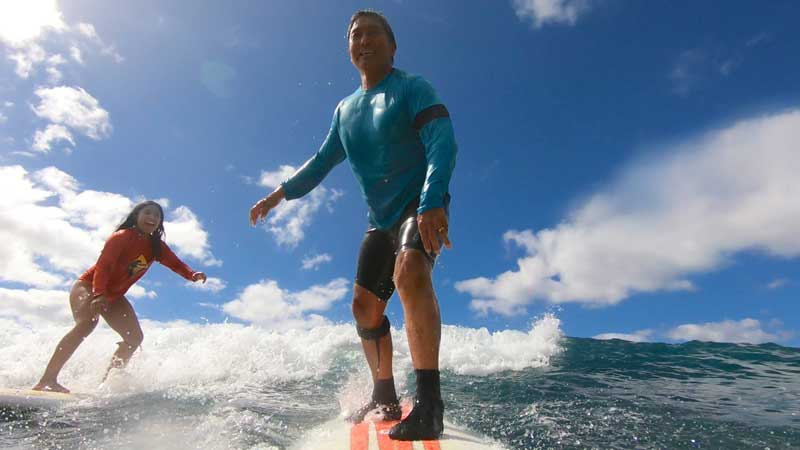 DAD.CEO: Looking back, what would you have changed in how you were involved as a father to your children considering the huge responsibilities and sacrifices of being a CEO/Leader?

Guy Kawasaki:  I guess that with the first child, I used to read to him a lot when he was a baby. The second child I read less and the 3rd child I hardly read anything and 4th child was even less. I wish I would have continued to read more with all my kids.

DAD.CEO: What is your secret to being a successful leader?

Guy Kawasaki: First of all, I think the concept of ‘BALANCE’ if you’re a CEO is kind of fictional. I think if you’re a CEO, it’s going to be very hard if not next to impossible to truly have life/work/father balance and you should know that going in because it’s going to take sacrifice someplace either as a father or a CEO. I don’t know anyone who has managed to pull off both. I happen to have a lifestyle where I travel about 100+ trips a year, but when I’m not traveling, I am not in an office. So, it’s not like I have a local job. When I am traveling out of town and I come back, I’m in my house with my family.

Right now, I’m in our beach house, It’s Friday and I am not in an office working. I’m with my kids now and I am very fortunate that way. But you know the old adage that at some level, you show your priorities with your physical presence – That may be a truism, but it’s a true-truism.

"You’re either there or you’re not." 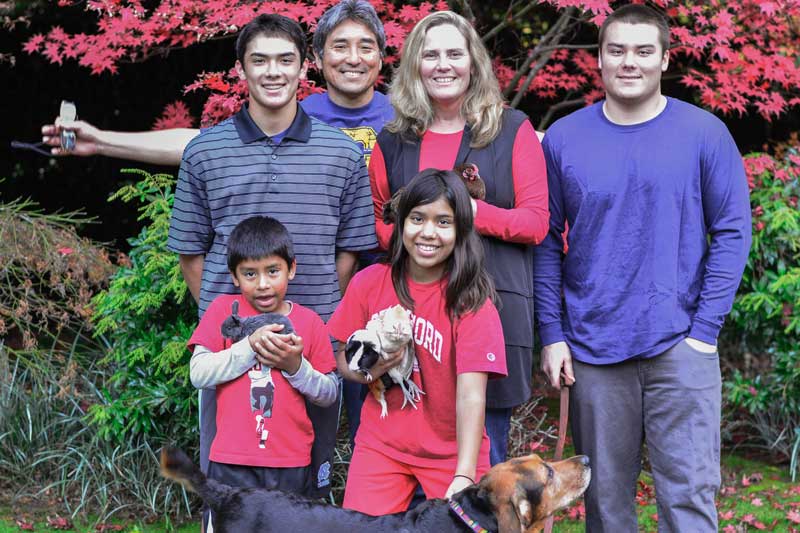 DAD.CEO: Do you believe it’s right for a parent to invest financially in their kid’s start-up?  If no, how do you believe is the way?

"I think to invest in your children is an alignment of interests."

DAD.CEO follow-up question: What I was trying to say was in terms of teaching them about life in going out in the world and earning their way on their own without having Mom or Dad automatically flip the bill for them?

Guy Kawasaki: Well that’s a different question! As in the first instance, I was thinking that you know you’re not just funding the whole thing – you’re actually ‘one of several investors.’

(Take a moment to think) If my daughter said; “I want to start a business Dad – And I need to buy say $10,000 worth of equipment”. I guess there’s a line of reasoning that might go like; “If you raise 5k then I will loan you 5k” or some sort of matching system." That, I guess could be seen as DADSTARTER.COM. On the other hand, I cannot tell you that if my kids asked me for help on starting a business, that I would not have the cold-heartedness to say; “I won’t help you at all.” I don’t even think that I would have the cold-heartedness to say that I will only invest up to a certain percentage. If at some level they really needed the money and they couldn’t raise the money… (pause) To tell you the truth, I would most likely write them the check right there!

"You know, I want someone to visit and take care of me when I’m in a nursing home."

DAD.CEO: Do you feel that mothers who are CEO’s have it harder at balancing their work/life duties than DAD.CEOs?

Guy Kawasaki: YES! ABSOLUTELY! I think that society for whatever reason understands when a Dad is totally dedicated to business and doesn’t fulfill his fatherly role. I think society is a lot less understanding if a mother did that. I’m not saying it’s right, it’s simply a fact of life on how society behaves.

I think they don’t have this male desire to kill stuff. This male thinking like; “If I lose you win and I win you lose”. I don’t believe it’s the psyche of most women.

"I would love to have a woman President!" 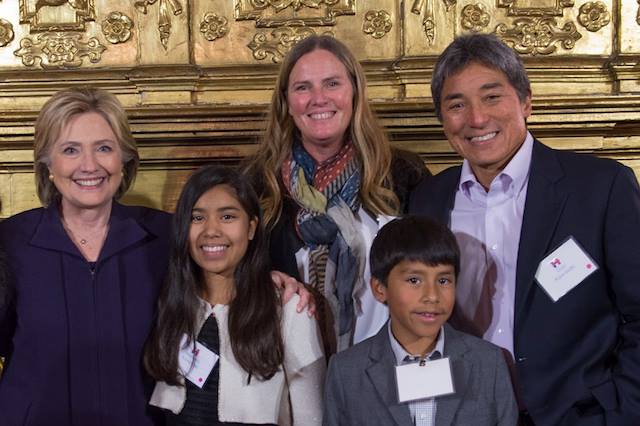 DAD.CEO: The word NO is a powerful word in business, but how does its meaning work with your children or do you believe in the opposite in YES with them?

Guy Kawasaki: Listen, I very seldom say NO to my kids! My wife called me ‘The Disney Dad’ – meaning whenever you are around me, it’s like being in Disney Land. Having said that, I mean if you not going to spoil your kids, why work?! So, I hope I don’t spoil them to the point that I’ve had a truly negative effect on their values and all that kind of stuff.

I’m not a good example of taking the ‘hard-ass’ approach to you have to earn it mentality. One of my lessons in life – My father was a very powerful politician in Hawaii, so he definitely got me opportunities – I mean it was pure nepotism. Pure and simple because of who he was. But one of the things that I learned was that;

So, if you got in because your father is a powerful politician, but you’re a total screw-up, you are still a total screw-up! On the other hand, if you are truly merited because of your work experience and education in the position and then you are a screw-up, then you’re still a screw-up. The question is; “are you competent? Do you deliver once you’re in – Not how you got in”

DAD.CEO: Having such a busy schedule, how do you make time at home count with your children? Do you take them with you on business trips?

Guy Kawasaki: I never take them on business trips because the nature of my business trips is that 99% of the time, I fly in one day, I sleep, I speak, I leave. That could be anywhere such as Barcelona or closer to Los Angeles.

As I said earlier, once I’m home, I’m home! I don’t go to an office. That’s how it works in our house.

DAD.CEO: How do you ‘unplug’ with your family/children in what seems to be a growing digital age of everything?

Guy Kawasaki: First you assume that we have that! That’s a false assumption. But if push really comes to shove, I have an Xfinity App that by device I can switch off the internet access!

DAD.CEO: What traditions have you continued from your childhood to your children?

Guy Kawasaki: Some of the happiest days of my life were when I was a kid growing up in Hawaii. We had a little beach apartment and it was just the biggest deal to go to this apartment that we owned. So those were some of the happiest times of my life. Right now, we live in one part of Northern California but we have a house in Santa Cruz and every weekend we go to Santa Cruz. So I can’t say it’s a conscious tradition, but it brings me great joy. 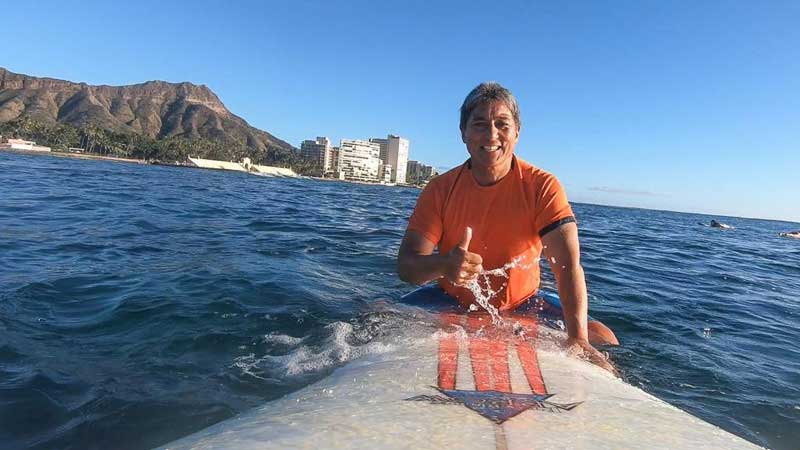 DAD.CEO Are you teaching your kids about business and investment/money management? Can you let us know how and what tips you might have?

Guy Kawasaki: To some extent, I’ve taught them about bank apps, but if you’re wondering have I sat them down and explain “This is how Venture Capital works, this is how a checking account works, etc.” like you think a good father would do… the answer is NO.

Do you have kids?

Guy Kawasaki: When you’re first a Dad, you tell yourself you want them to have a great education, you want them to be creative and express themselves, etc. But by the time you have 4 children who are in their teens and 20’s, I say a good day is when No one called me from the hospital to say someone got hurt. No one called me from the police department to tell me they were arrested. That to me a great day! (laughs)

Guy Kawasaki: Oh! My wife!! She’s the CEO, Chairman of the board, Majority Shareholder, CFO, etc. In my house, I mainly function as the ATM and Lift/Uber Driver! 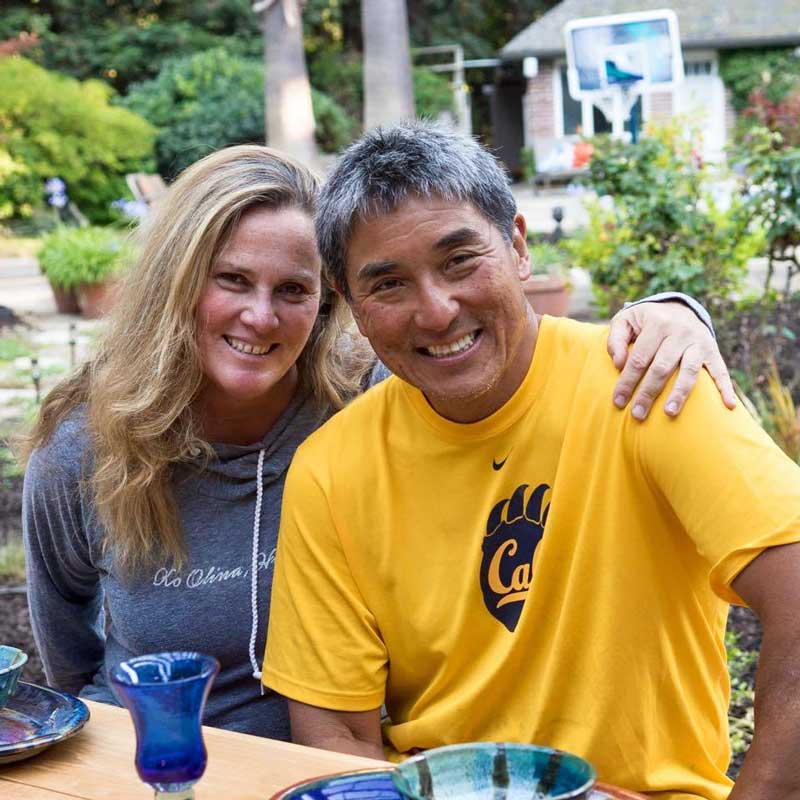 DAD.CEO: You’re famous for your 10, 20, 30 rule for pitch decks. Do you have something similar for being a good DAD CEO?

Guy Kawasaki: Oh… I would make it easier.

DAD.CEO: It’s no secret of your love for hockey! Being Canadian, this put a big smile on my face. Have your kids joined in on this passion of yours?

Guy Kawasaki: My oldest son got me into hockey. My two oldest boys started playing hockey, so I got into hockey. I play hockey up to 4 times a week for about 15 years now and then I found surfing. My oldest son is still very much into hockey. In fact, he played semi-pro abroad. My second son is into ‘wing-suiting’ which I will NEVER DO! My daughter is into surfing which I do as well at least 4 times a week. And my youngest son who is 14, does everything. He’s surfing, skateboarding, snowboarding, etc. Anything with a board. So, we are a very active family! 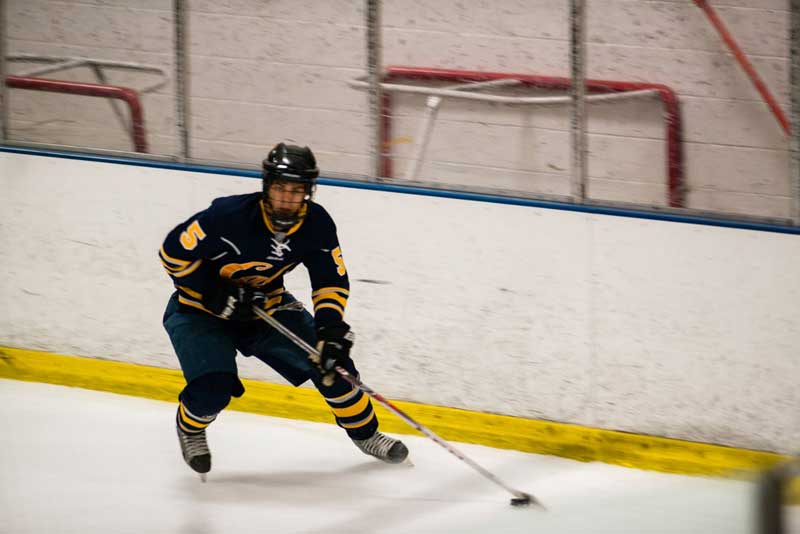 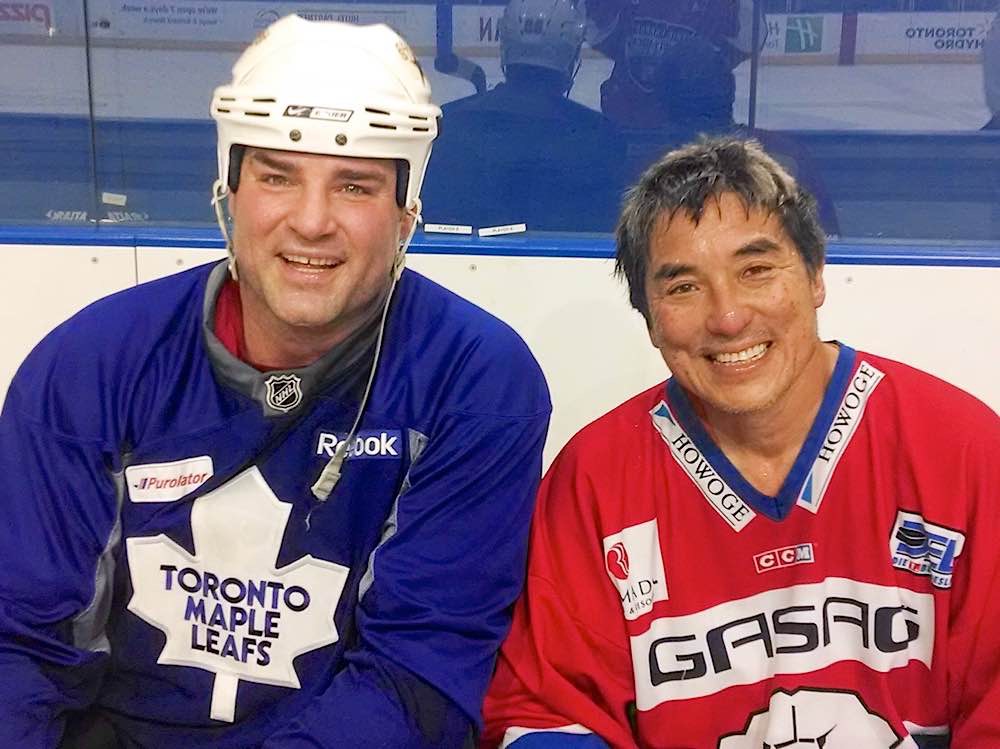 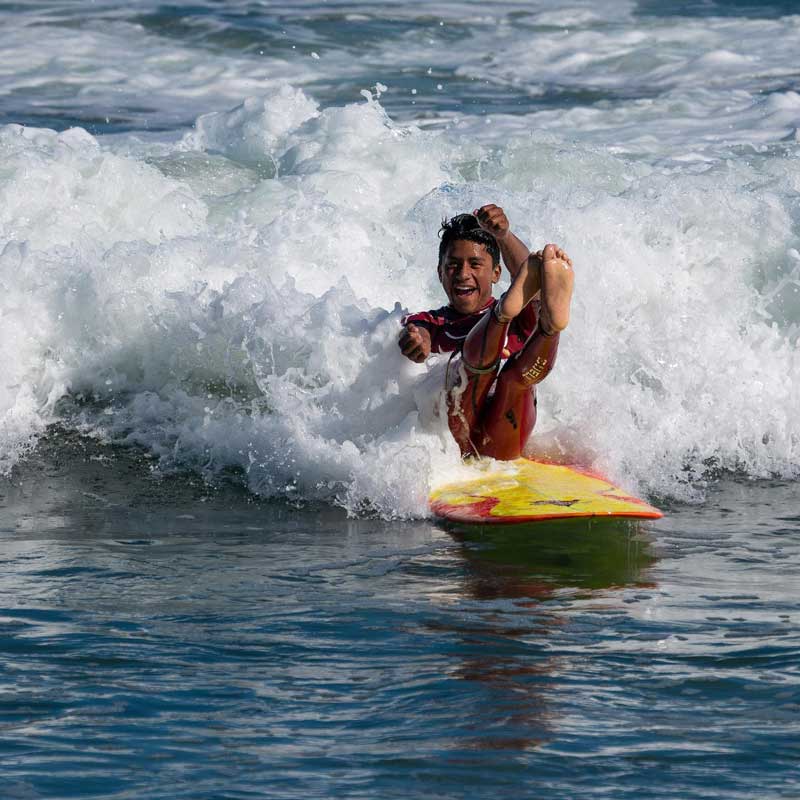 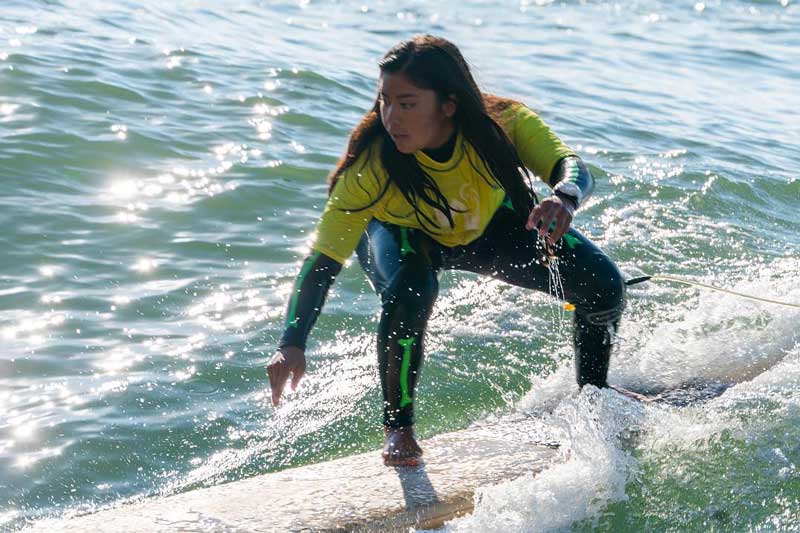 DAD.CEO: Any last thoughts, advice or words of wisdom you wish to leave our readers and other dads with?

Guy Kawasaki: I think that something to consider is;

"You should never ask your kids to do something that you would not do."

That’s a good test for being a father, a CEO or being a spouse. If you would not do it, don’t ask anyone else to do it.

Except they should fly coach and I should always fly first class! 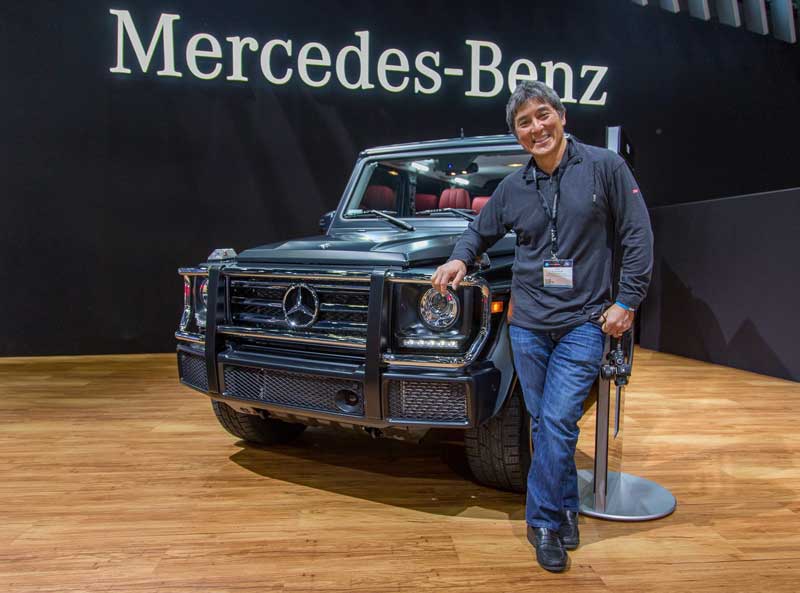 Formerly, Guy Kawasaki was an advisor to the Motorola business unit of Google and chief evangelist of Apple. Guy is now the Chief Evangelist of Canva, an online graphic design tool and a Brand Ambassador for Mercedes-Benz. He is also the author of The Art of Social Media, The Art of the Start, APE: Author, Publisher, Wise Guy, and nine other books. Kawasaki has a BA from Stanford University and an MBA from UCLA as well as an honorary doctorate from Babson College. 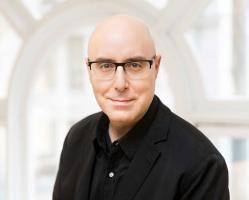 THE SECRET TO BEING A BALANCED DAD CEO
The secret to being a DAD CEO is simple according to Mitch Joel - Keep a positive attitude, ask great questions and pay attention....
Related articles