The Benefits of Yoga

Get in the habit and become a better leader

The reservations that you have about yoga are understandable. It's soft. It's new age. It's feminine.

Still, when Justin Rosenstein of Asana, Russell Simmons of Def Jam, Richard Branson of Virgin and the Prime Minister of Canada, Justin Trudeau all say they make yoga part of their daily lives, you begin to wonder if there is some validity to the practice.

As it turns out, yoga has a solid scientific foundation. While reaping the physical benefits is a plus, most CEOs report that the most significant gains come in the way of the cognitive improvements that yoga helps men acquire.

One study published in the Journal of Physical Activity and Health found that practicing yoga for just 20 minutes improved subjects test scores on working memory and inhibitory control.

This was not solely due to the boost in cognitive performance provided by physical activity. When compared with a control group who performed aerobic activity, the yogis answered test questions faster and more accurately.

These skills translate to an increased ability to focus and to retain and use new information. 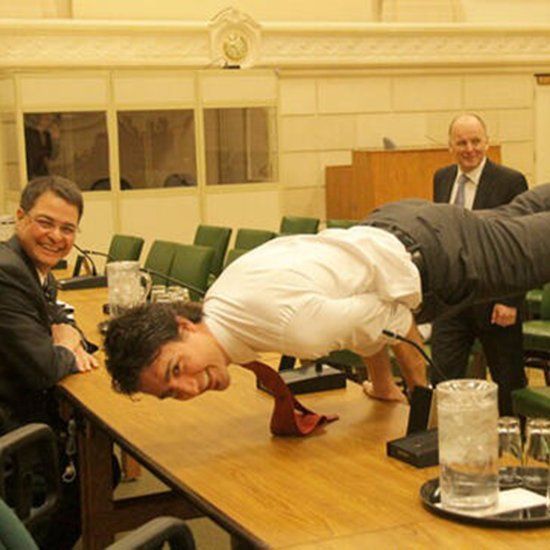 How Yoga Helps Men at Work

Your ability to control your attention is crucial to your business success. Staton Kawer, CEO of Blue Chip Marketing Worldwide, says of yoga, “It requires self-discipline and focus. We are surrounded by other sweaty, heavy-breathing, and sometimes falling students. Yet we cannot lose our drishti, our gazing point, because yoga, like a business, will render us unstable if we are distracted. As CEOs, our distractions can carry much larger implications.”

The ability to take in new data is even more fundamental and yoga helps men with information absorption and integration. Changes in the market and at home force you to overcome struggles in new and novel ways.

People need to see this flexibility and adaptability in their leaders. Modeling these skills helps foster them in those who follow your lead, creating a more effective team—whether that team is comprised of upper management or two toddlers who are learning how to contribute to the household.

How Yoga Helps Men at Home

Viewing your children as teammates does not come naturally. Between tantrum toddlers and moody teens, you don’t know how to bond with someone who is so consistently out of control of their emotions. 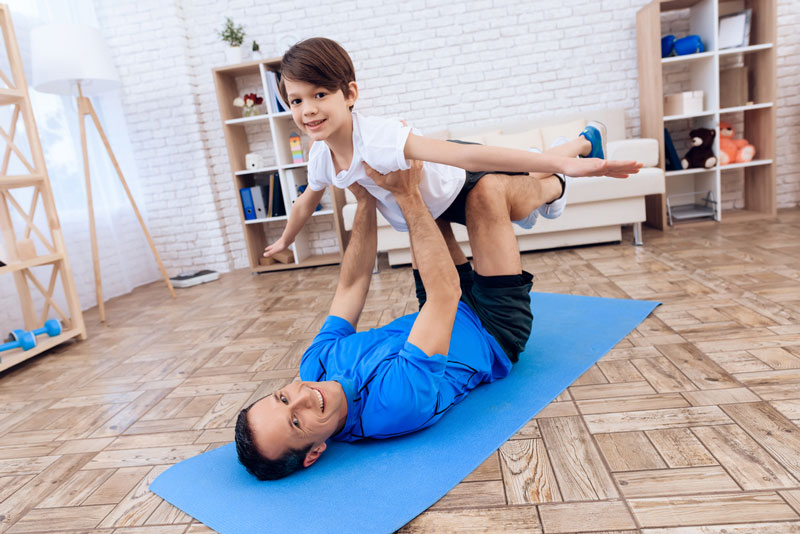 That’s where yoga comes in

Yoga is going to help you become more tolerant. As you grow more mindful, you’ll be able to respond patiently to your children. You’ll yell less often because you’ll be less frustrated—not because you are using all your might to stop yourself.

And when your children practice yoga, they will gain the same self-discipline and focus that are benefiting you. They will be more likely to defer gratification. They won’t feel so out of control. They’ll have an outlet to stave off depression.

You will have to decide whether yoga at home or in a class is right for your family. Both have their benefits.

Being inside of a class will give you and your child extra accountability—you’ll have a set date and time to practice together. You won’t be tempted to look at your phone and neither will your child because most yoga studios have a “No Screens” rule on the floor.

If you decide to do yoga at the house, you’ll have a lot more flexibility in the structure and timing of your workout. You will both feel more freedom to bring your unique personalities to the party. 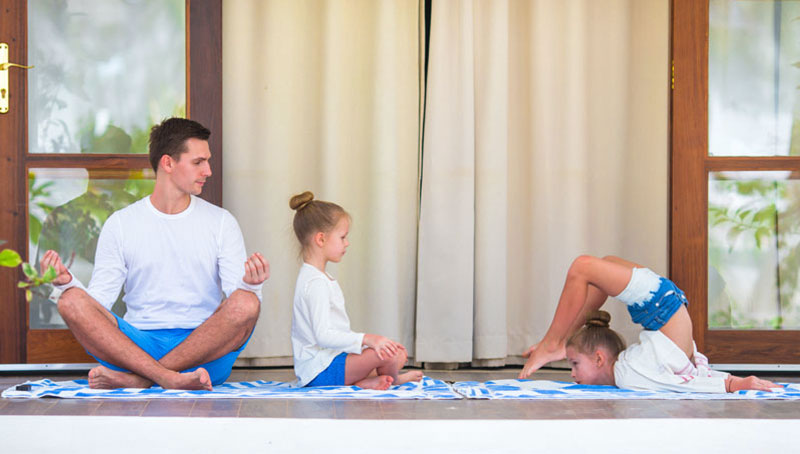 There are a few other things to consider when beginning a yoga practice with your child. Consider their age when picking a venue and how long to practice together.

3-7 years old: Your three-year-old will be happy to do some partner poses. You can set aside 5-minutes where you’d like them to focus or do a 20-minute practice and let them jump in and out as they please. This age is fantastic because they won’t need any convincing to come and “play” with you.

8-12: Older children won’t jump into this activity of their accord. You’ll need to ask them to participate, but most will willingly do so for at least 15 minutes. If you have more than one child, consider choosing one day of the week for each. They will value this one-on-one time enough to do almost any activity you suggest.

13+: Teen's characteristic disinterest provides a hurdle to establishing a practice with them but not a big one. Make it clear that they’ll benefit from improved test scores and more emotional control. Give them a say in where and when to do it. Open the subject up for discussion. Ask them what would make them interested in practice with you.

Exercising together is a way to build trust, community, and affinity. Jonathon Haidt, a professor at New York University and author of The Righteous Mind, says that humans are 90% chimp and 10% bee. We are a super social species whose evolutionary past primes us to seek out a sense of belonging. One of the most basic ways that we do this is through performing rituals.

Nonverbal mimicry—performing the same actions at the same time—makes people feel more attuned and more dedicated to each other. This sense of safety and belonging creates the ideal state for teamwork. Yoga helps men become better CEOs and better fathers.