Depression is everywhere, whether we want to talk about it or not.

Depression statistics are grim. One in ten adults will struggle with depression sometime in their life.

Obviously, the statistics are different for CEOs. The number is roughly double that of the average American population.

Sadly, our adolescents and teens aren’t faring any better. Roughly 20% of people experience depression before they even hit adulthood. Rates of teen and adolescent suicide are skyrocketing. In 2016, suicide became the second leading cause of death for individuals between 10-24 years old.

Research suggests that 4 out of 5 teenagers who commit suicide give warning signs.

We all know it’s happening in and around us, but we avoid talking about it. Leaders are afraid that they’ll be seen as less competent, level-headed, and trustworthy, so they keep everything bottled up. Teenagers are afraid that nobody understands what they’re going through and lose trust in their parents as they go down the rabbit hole alone. 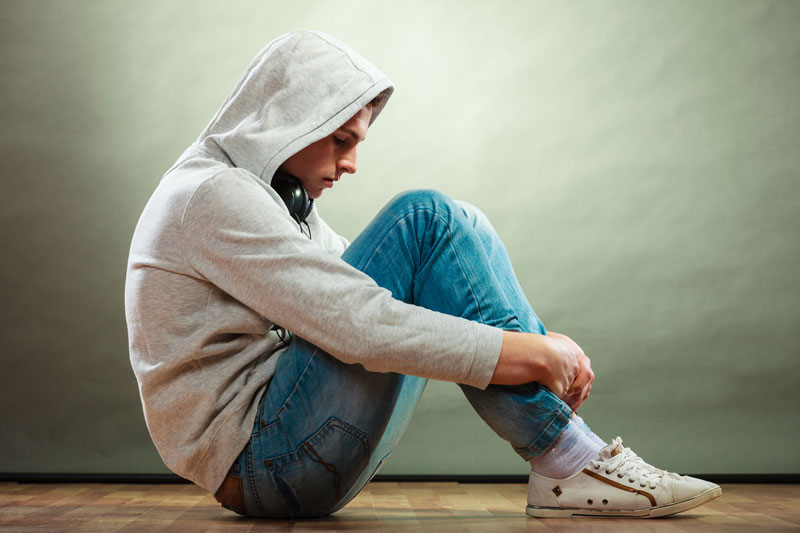 Teenage depression is on the rise - Like CEOs, they feel they have no one to speak with

These two groups may handle their depression differently, but what’s going on inside their minds and bodies is the same. Something is off and modern science can help shed some light on what that is.

There are four main hormones that we need to pay attention to when we talk about depression, and they are all connected to our basic human needs of safety and belonging. Use the acronym “D.O.S.E.” to remember them.

Dopamine: This is the “motivation hormone” that gives us feelings of joy and satisfaction. One of dopamine’s main functions is to make us repeat actions that give us a perceived survival benefit. When we accomplish a task, the rush of pleasure we get comes from this hormone.

Too little oxytocin makes us feel alienated and alone.

Serotonin: This is often referred to as the “happiness hormone.” Serotonin helps to improve and balance mood. Most popular anti-depressants are SSRIs which work on your body’s sensitivity to this compound. Importantly, serotonin’s production is related to sunlight and is a precursor to melatonin, the “sleep hormone.”

Too little serotonin leaves us feeling blue, erratic, and unable to regulate our sleep cycles.

Endorphins: These are your “stress reduction hormones.” Made popular due to runner’s high, endorphins work to modulate your appetite, decrease your pain and stress response, produce sex hormone, and boost your immune response.

Too few endorphins cause unclear thinking, pain, fatigue, and a general reduction in mood. 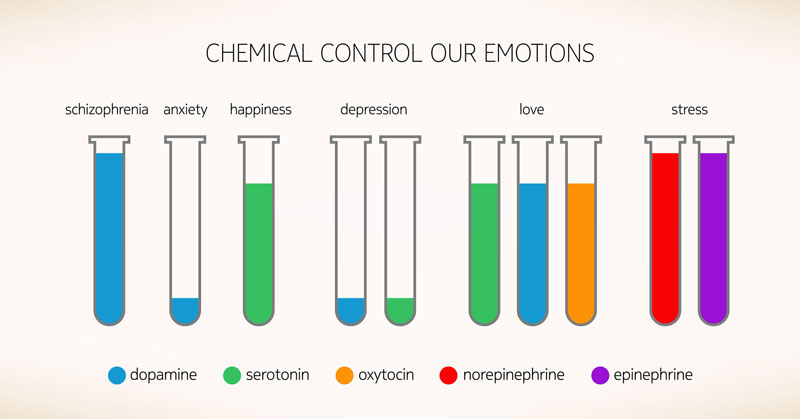 Pinning skyrocketing mental illness and suicide to anyone cause like “hormone imbalance” is impossible and irresponsible. What we can do is look at what has changed in the past 10, 100, or 10,000 years to get some clarity on why rates have gone up.

Stephen Ilardi, author of The Depression Cure: 6 Steps for Beating Depression, says “There’s a profound mismatch between the genes we carry, the bodies and brains that they are building, and the world that we find ourselves in,” he said. “We were never designed for the sedentary, indoor, socially isolated, fast-food-laden, sleep-deprived frenzied pace of modern life.”

Nobody is suggesting we go back to the hunter-gatherer days of living hand to mouth and participating in tribal warfare. But there are a few things we can learn from our ancestors. Remember to give yourself and your teen compassion about struggling to do these things—our ancestors were designed for the world they lived in and we simply are not.

Six Things You Can Do

Prioritize Sleep: Sleep expert Matthew Walkers says “…if you were to ask me what is the recycle rate of a human being, it does seem to be about 16 hours and we need about eight hours of sleep to repair the damage of wakefulness.”

Over the course of millions of years, the human body evolved to require eight hours of sleep. We think we can reduce that by 25% or more with little effect. Don’t make that mistake. Try these tips.

Eat Right: Our bodies thrive on certain foods and struggle with others. Boost your serotonin production with healthy proteins like eggs, fish, and lean beef. Get more endorphins by including bananas, oranges, and a bit of dark chocolate in your diet. Increase oxytocin levels with avocado, lemons, and Brussel sprouts. Eat lots of Omega 3’s which is found in fatty fish, flaxseed, chia seeds, and linseed oil.

Move: Harvard Health Newsletter has called exercise an “all-natural treatment for depression.” Studies show that exercise is as effective at treating depression as psychopharmaceuticals. The benefits of using your body are hard to overstate. You’ll increase endorphin production as well as the production of BDNF, a protein that helps grow brain cells and fight depression. The movement also helps to regulate sleep cycles, control appetite, and decrease pain and stress.

Touch: Our brains have a negative bias. When this negativity bias goes wild, you have rumination: negative, repetitive thoughts. This is one of the most obvious symptoms of depression to someone inside of it.

Fortunately, our bodies have a mechanism for fighting off this negativity bias: oxytocin. Make sure that you give and receive positive touch frequently to stave off depression.

Get Sunlight: Sunlight is a very important vitamin for humans—and not just because it provides you with Vitamin D. The changing wavelengths and intensity of light throughout the day help to regulate not just your sleep cycles, but also your energy levels and hormones. Make sure to get outside in the morning and evening.

One reason depression is so hard—one of the main reasons we even are depressed—is because we go it alone. If you or your child is suffering, reach out. Come up with a routine for better mental health. Buy a red light and blackout curtains, hire a nutritionist, get a coach. Figure out what you need to do as soon as symptoms start to appear and do it.